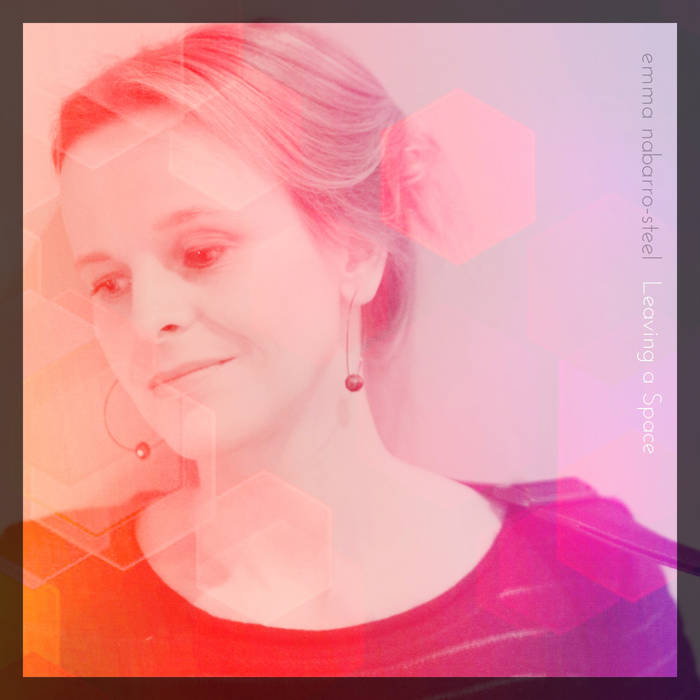 The 12 songs on 'Leaving a Space' were written over a period of less than 6 months, along with a few others (mainly about mermaids and spiders) that didn't make the grade! The lyrics and music arrived simultaneously, after which I would dive into the studio (where possible) to make rough recordings. I experienced an intense period of living through music - I've no idea if that will ever return.

I returned to those 12 songs with some perspective, a year later, carefully recreating each song with higher-quality recordings, while staying faithful to the hurriedly composed lyrics and melodies. In some cases, entire songs were salvageable (with some tweaking), so that the recording on the album is the one I made on the day I wrote the song. Others took on a new life. I hope there is a sense of immediacy and honesty because of this.

I worked on the recording alone, which is something I haven't done before. Apart from the fun I had experimenting with makeshift percussion, it became clear that this was the point of the album; solitude, space to counteract the hum of family life - I had recently reached the milestone of both my daughters being at school. I'm not saying that the process was purely therapeutic. It was infuriating, slow and at times far too technical to be creative. No six month studio retreats and blue m & m's for me: I worked on it when I could and I got there in the end. I learned a lot about recording and about compartmentalisation.....which is a very long word.

After recording, I was expertly assisted in mixing by Adam Nabarro-Steel, who had the grace to watch me make mistakes, then listen with fresh ears. For the final polish, it was mastered by Russ Hepworth-Sawyer. You can read about what mastering is, from Russ's own article:
www.soundonsound.com/people/sounding-russ-hepworth-sawyer


Over to you now! I hope you feel welcome in every pause and every chord change. I hope you hear a little bit of your song in mine.

Music & lyrics were written by Emma Nabarro-Steel in 2015.

Vocals, guitars, piano, keyboards & percussion on all songs were performed, recorded and produced by Emma Nabarro-Steel in 2015 & 2016.

Mixing was by Adam Nabarro-Steel and mastering by Russ-Hepworth Sawyer for MOTTO sound.

A singer, instrumentalist and composer of “goosebumpy melody and compelling lyrical tales”, Emma has released several recordings of jazz and original music. A new album of thoughtfully-crafted songs releases from 1st Jan 2021. She was born in Nottingham and lives in beautiful Yorkshire. ... more

Bandcamp Daily  your guide to the world of Bandcamp

Benji B talks about his new compilation ‘Deviation Classics’